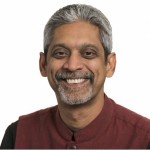 The true mark of an organisation is when, in the face of a seemingly insurmountable challenge, it remains steadfastly committed to the task of fulfilling its vision. Beyond all the awards that Sangath has received in recent years, its resilience must surely rank as its most precious achievement. From its very inception as an organisation primarily committed to providing a child guidance service in Goa to its current status as one of the most innovative health organisations in India, Sangath has faced monumental challenges. For a start, the areas of health we chose to focus on were totally unfashionable in the mid-1990s. I still recall being questioned about why child development or mental health should be considered a socially-relevant cause for an Indian NGO. Surely there were far more important health problems affecting our population? We needed not only to be patient and tenacious but also to recognise the value of science to demonstrate why our chosen concerns were critical issues and; more pertinently, how we could address these concerns in a manner which was aligned with our communities’ beliefs and affordable to our health care system.

But there were other challenges too, not least a grievous split in the organisation around its tenth anniversary when one of our co-founders left Sangath and subsequently began another NGO in Goa providing child guidance services. While I will always regret that this split ever happened, the fact that the General Body and staff, under the sagely leadership of Vishram Gupte, steadied the rocking boat and gradually put it back on course, remains one of the most inspiring examples of our resilience. Most recently, another potential threat emerged when I moved to New Delhi to head the Public Health Foundation of India’s Centre for Mental Health. I vividly recall many a doomsayer predicting the imminent demise of the organisation as I was not able to devote as much time to its growth as I had for nearly two decades. Amazingly, Sangath has only grown from strength to strength, thanks to the emergence of new leaders to carry forwards its vision and experts from leading academic institutions to mentor these leaders.

What set us apart from most other NGOs is our focused commitment to innovations for improving access to interventions which can promote child development and adolescent health, and reduce the ‘treatment gap’ for mental disorders. Our singular innovation of empowering ordinary people, whom we often called ‘lay counsellors’, to deliver psychosocial interventions which we systematically developed to ensure that they were acceptable to our target communities, is the primary reason why we have won plaudits around the world. This model of care has resonance not only in India but across the world. We believe in designing innovations which can ultimately be scaled up through routine primary care or community delivery platforms, for we are staunch supporters of a universal health care system within which our interventions need to be fully integrated. This is, for us, the only way to reach our large, under-served population. We are equally committed to a transparent evaluation of all our interventions, applying the highest standards of medical research to demonstrate their effectiveness. And we believe in sharing this knowledge with others, for example through our Leadership in Mental Health course which has attracted and inspired hundreds of students from around the world over the past eight years.

It is for all these reasons that I am not surprised that in the past year alone. Sangath won the WHO Public Health Champion of India award, our work on autism was selected to be showcased at the World Innovation Summit for Health 2016 in Qatar, and we were ranked one of India’s leading public health research organisations. All from our humble headquarters in Goa, one which we could only afford thanks to an international prize from the MacArthur Foundation and which, thanks to a generous gift from Charles Reynolds, we will expand into the adjacent property to further our work on ageing. Today, we can be proud to proclaim that we are one of Goa’s few exports which have had an impact on public health around the country and internationally. But we cannot rest on our laurels, for there is much more work to be done. Looking ahead to the next decade, Sangath will continue to flourish and consolidate its activities in our priority areas of child development and disability, adolescent health, addictions, and psychological treatments, and expand its work on ageing, the use of technologies for mental health interventions and mental health promotion and prevention of mental health disorders. Above all, we will remain committed to our ideals of systematically developing and evaluating innovative interventions and using this knowledge to improve access to care in partnership with government and NGOs. With the continuing support and trust of our partners (particularly various government agencies in Goa and other states of the country), our collaborators (particularly our academic partners in India and abroad) and our funders and most of all, to the dedication of our inspired team, I can, with great relish and hope, look forward to our journey in the years ahead.