Sustainable Programme Incorporating Nutrition & Games for Maximizing child Development Growth and Survival (SPRING for MDGs)
Objectives
To evaluate an innovative, feasible and affordable home-based intervention, delivered by community health worker to mothers from pregnancy through the first two years of the child’s life, and assess its impact on maternal health, child development, growth, and survival.
Overview
The project officially commenced in March 2014. Offices have been set up in New Delhi as well as in the district that the SPRING intervention will be evaluated.
The Rewari district is in southern Haryana. Senior team members have been recruited and inducted into the programme. The current plans for the programme include establishing a collaborative agreement with the state government; conducting formative work to assess the acceptability and feasibility of the designed intervention (Kilkaari= the laughter of children) for delivery in Rewari, Haryana; and commencing baseline measurements within the district over the next few months.
Background and rationale

Though there is a substantial reduction in the number of children who die under the age of five years in low and middle-income countries, like India and Pakistan; the rate of decline is still far short of what is required to meet the Millennium Development Goals targets for 2015.
At the same time, the coverage of key child health interventions remains inadequate and inequitable, resulting in wide variations in the child health indicators across various socio-economic groups. This means that poorer families continue to have a higher risk of their children not only dying before the age of one year, but also receive poorer nutrition and less child stimulation. The poor nutrition is often compounded by incorrect breastfeeding practices and the late introduction of appropriate weaning foods.
This results in a vast number of children in the region being ‘stunted’ (that is not achieving their potential height for their age). Many children, therefore, have chronic under-nutrition which we know impacts the child achieving her or his potential for schooling, adult income and also impacts the birth weight of the next generation of children.
There is a window of opportunity to act in the first two years of life, where rapid catch-up growth appears to have no negative consequences. 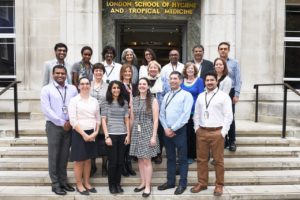 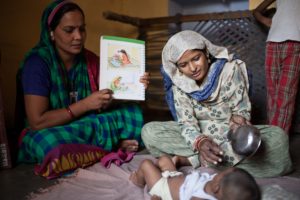 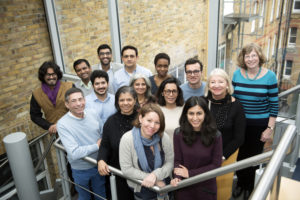 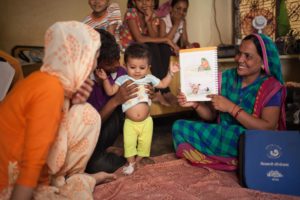